Susan Tatsui-D'Arcy, M.A. is the founder and director of Merit Academy, one of the top private schools in the country, as well as the time management and college advisor for Merit Educational Consultants, LLC.  Her educational background includes a Bachelor's degree in Psychology, a Master's degree in Educational Administration, and a California Teaching Credential.

Susan is also the author of many books, including Beat the College Admissions Game with ProjectMerit, The Millennial's Guide to Free Child Care in Your Home, Our Entitled Children: An American Tiger Mom's Story, The Merit Planner, The 21st Century Mother's Guide to Managing Time and Taking Control of Your Life, Simply Gorgeous Braids, The Working Woman's Wedding Planner, The Busy Woman's Checklists, The Eco Xmas Tree, and more. 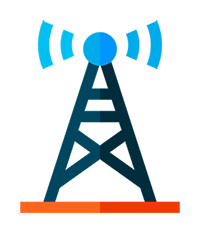 Interview with Carol Muleta about College Admissions and ProjectMerit on "Parenting 411", WOLB 1010 Radio

Interview with Larry and Robin on WOCA: The Source

Interview with Brad Kava for KSQD's "Talk of the Bay" program 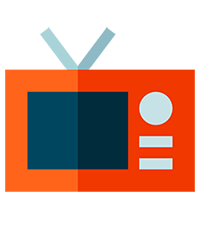 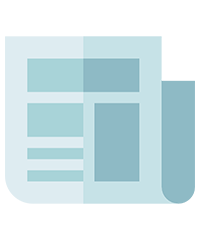 Article in the San Francisco Chronicle:

Article in Growing Up in Santa Cruz: 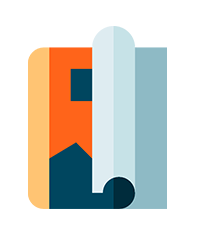 Susan Tatsui-D’Arcy was born in Los Angeles in 1956, the first child of Paul Tatsui and Sumi Kawana Tatsui. After her parents’ separation, she moved to Malibu with her mother and younger brother and sister. She graduated from Santa Monica High School in 1974 and moved to Santa Cruz, California, to study psychology and education at UC Santa Cruz.

After graduating from UCSC with a BA in Psychology, Susan started her first business: R.E.C. Day Camp in 1979. She organized a mobile day camp where students toured museums, engaged in academics, played games, and created artwork in Santa Cruz County. In 1981, Susan started Professional Tutoring Programs. She hired tutors and set up sessions in the students’ homes. An avid skier, Susan expanded the summer day camp business to include weekend ski trips for teens. She took groups of skiers to Lake Tahoe to ski Squaw Valley, Alpine Meadows, and Boreal ski areas.

In 1982, Susan married Rob D’Arcy. Being the first to get married on both sides of her family, she researched wedding etiquette and found a void in helping brides organize their wedding day. With neither prior publishing experience nor any professional background in the wedding industry, Susan wrote a “how to” manual for brides. Prentice Hall (later Simon and Schuster) published three editions of The Working Woman’s Wedding Planner, which became a best-seller for their business and professional books (over 300,000 copies) and was in print for over 20 years. Next, Prentice Hall published Busy Woman’s Organizer and Busy Woman’s Checklists. In 1985, Nicole was born, and forever changed Susan’s life. Being an educator, Susan loved being a mother and observing Nicole’s curiosity. She developed a toddler/preschool curriculum, hired and trained a teacher, and invited a few children to join the program. By charging tuition to the other children, Susan found that she could have a tailored preschool program in her home for free. She ran this program for both of her daughters, Nicole and Jaclyn, for nine years. Susan wrote the book The Millennial’s Guide to Free Child Care in Your Home.

When Nicole was in 4th grade and Jaclyn was entering kindergarten, Susan opened Merit School (later Merit Academy), a private K-12 school. With just six students per class, they thrived. Susan developed the university-preparatory accelerated curriculum and has been the director ever since. Today, Merit Academy offers one-on-one classes with personalized education designed to prepare students for success in top universities. With virtual classes taught by real teachers, Susan oversees Merit Academy with students across the United States and around the world. Her daughter Nicole went to Stanford University and Stanford Medical School, and Jaclyn went to Claremont McKenna College and Northwestern’s Kellogg School of Management for her MBA.

ProjectMerit started at Merit Academy in 1998 as students engaged in powerful endeavors to solve major issues. Susan wrote the book Beat the College Admissions Game with ProjectMerit. She works with students to help them start, implement, and complete independent projects. ProjectMerit is part of Merit Educational Consultants, LLC, where Susan is the director and founder. As the head college advisor, she oversees college advisory specialists who work with students on various phases of their projects and college applications.

In 2011, Susan wrote Our Entitled Children: An American Tiger Mom’s Story. As a Japanese American mother, Susan describes how she raised her two dynamic and successful daughters without resorting to the Chinese Tiger Mom tactics. She writes candidly about how she was raised, how she raised and educated her daughters, and ultimately how entitlement has infiltrated American parenting today.

To share her thoughts and educational philosophy, Susan started a blog: GakkoMom.com in 2015. She gives parenting and college advisory advice, and she discusses hot topics and controversial issues.

In 2019, Susan was selected to be the California Mother of the Year by the American Mothers, Inc. organization that was founded in 1935 by Eleanor Roosevelt. With this unique platform, Susan is helping mothers set up free child care in their homes, guiding mothers as their teens prepare for college admissions, and encouraging mothers to prepare for fire, earthquake, and other disasters.

When Nicole completed her residency at Harbor UCLA and her EMS fellowship at UCSF in June 2018, and Jaclyn graduated with her MBA from Kellogg School of Management in September 2018, Susan gave them each a comprehensive biography that covers their entire childhood all the way to their graduations last year. With over 1400 double-sided pages, 10,000 photographs, and documents, she captured stories from their dictations when they were children, diary entries, photo albums, and video libraries. Nicole’s 1400-page biography is featured in three volumes (8 ½” x 11”) and Jaclyn’s 1800-page biography is in four volumes. Susan kept records and diary entries from the moment they were born and throughout their lives. After they graduated from high school, Susan added photographs, documents, and other elements over a 15-year period. Susan considers this her biggest accomplishment.

When not writing books, blogs, and biographies, Susan builds furniture, sets up aquaponics and hydroponics in her greenhouse, collects genealogical information for her family, and hosts dinner parties, treasure hunts, ski trips, and adventures for her family and friends. 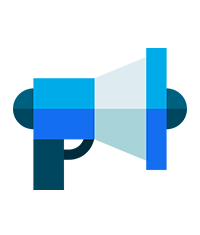 A guide for high school students looking for a competitive edge in the college admissions process.

Educational consultant Tatsui-D’Arcy (The Millennial’s Guide to Free Child Care in Your Home, 2018, etc.) knows a thing or two about staying ahead of the competition. In addition to publishing books on time and project management, she’s also founded and run several educational organizations, including tutoring programs. In this well-researched manual, she shares tips on how to get accepted to one’s chosen university. Everyone knows that volunteering and having good grades are necessities on college applications, but in order to get noticed, it’s also important to stand out from one’s peers.

According to the author, this is where her system, ProjectMerit, comes in, helping teenagers brainstorm personal projects in order impress college administrations—and improve their prospects of getting accepted. In addition, she points out that pursuing a project that one is passionate about can teach valuable life and career skills. The author shows that there are countless ways to do something beneficial, whether it’s by making a film, organizing an event, or doing nonprofit work.

Throughout this book, D’Arcy’s tone is both encouraging and professional; she respects young readers’ goals and ambitions, rather than assuming naïveté on their part. She’s also quick to point out that her work is meant for “students who have already thought carefully about the college they wish to attend,” as well as about their future career goals. The book covers the basics of how to get started on a project, including several probing questions to help readers brainstorm about topics that might interest them. For those whose project is more complex, there are step-by-step instructions on how to apply for grants, recruit volunteers, manage a budget, and even create a website. It’s also worth noting that although D’Arcy champions individuality, she also frequently reminds readers to ask for help along the way from mentors or family members.

A helpful college-admission reference book that should be on every young adult’s reading list.

Beat the College Admissions Game with ProjectMerit is a different kind of college admissions advice guide that eschews the typical focus on getting into the biggest brand-name college possible to focus on the real goal: finding the college with the best educational fit.

Susan Tatsui-D'Arcy has not only worked in the education field for over thirty years, but was chosen the 2019 California Mother of the Year by the nonprofit American Mothers group, formed by President Franklin Delano Roosevelt's mother in 1935. Her combined background lends to a focus on student-based learning processes that encourages project-based learning opportunities and merit programs. These are hands-on projects that allow students to demonstrate their aptitude, creativity, and curiosity, measuring their contributions in ways that supersede the typical driven, grade-based approach.

The benefits of this documented formula for success are more than a measure of the ability to memorize or pack in enough activities to impress a college admissions office. It involves helping students commit, focus, develop passion and vision surrounding work, achievements, and long-term goals.

Too many college admission books are directed to aspiring parents rather than engaged students. That's the second major difference of Beat the College Admissions Game. It's directed to college-bound students and offers two key insights about success: believe in something, and cultivate action based on that belief.

The rest, as examples in the book show, falls into place, as far as college choices and admissions. This process and the independence and enthusiasm it encourages among students and their mentors makes Beat the College Admissions Game a highly recommended standout for any college-bound student and collections catering to them. Although it features an alternative that deviates somewhat from the typical approach, it promises to result in a bigger payoff with a focus that goes beyond admissions to delve into the broader subject of building an effective life based on a college's offerings.